Andreoli is one of the most qualified Italian companies specializing in the processing of Solid Surfaces and since 1990, it is part of the Corian® Quality Network of companies certified by the prestigious Dupont ™ for processing this material. Andreoli is the best way to realize an idea, using DuPont ™ Corian® or other Solid Surfaces: with high processing techniques and the ability to find solutions that can transform ideas into products.
andreoli@andreoli-italy.it
Contact us     +39.0362.506897     Italy 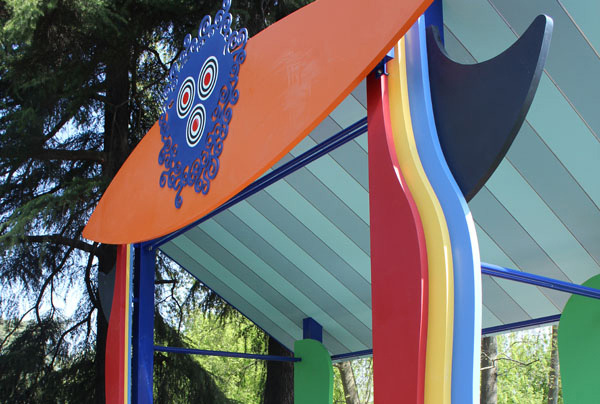 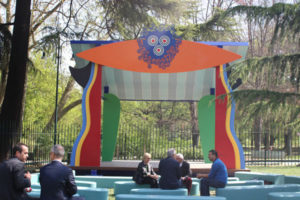 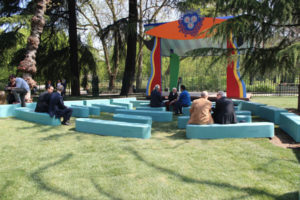 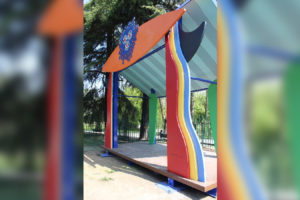 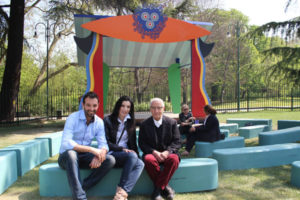 Andreoli realize with Abet Laminati products the the Puppets Theatre (Il Teatro dei Burattini), design Alessandro and Francesco Mendini, from April 14, 2015 in the gardens of the Triennale from Milan. By Aldo Colonetti.

Utopia and Reality: Alessandro and Francesco Mendini with the Puppets Theatre show their philosophy in a unique project in terms of creative and structure, for new and old fables that tell the history of Italian culture. “This new architecture of Atelier Mendini is a space where a different audience than children, will find their own memories, because we are made of history, “said Claudio De Albertis, President of the Milan Triennale.

With the Puppets Theatre, Alessandro and Francesco Mendini have thought of a open space with a small stage with some scenes that using compositional and narrative language of the study they communicate easily their nature.
Stable and lasting architecture that want to communicate with viewers of every generation and culture.

The experience of Andreoli and the high quality and technical properties of PRAL, produced by Abet Laminates, have allowed the realization of an exhibition warm and friendly: the soft seats are comfortable to the touch and resistants, the show is ready on a colourful stage. 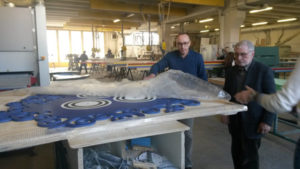 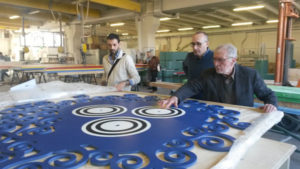